Dolomite - What Is It, And Are Dolomite Countertops Suitable? 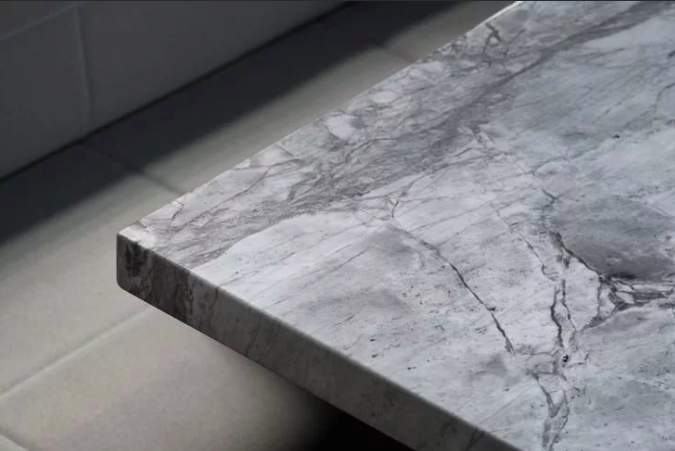 You may not have heard about dolomite stone, but you will likely have seen it being used in countertops. One of the latest trend-shifts in design has seen marble have a return to favor. Many modern homeowners are choosing to use the classic-looking elegance of this stone in their home design. Alongside the popularity-growth of marble, demand for similar-looking but less expensive materials such as quartz is increasing.

Another stone that closely resembles marble is dolomite. Dolomite has similar looks and properties to marble, and In terms of price, it sits between marble and quartzite. These qualities make dolomite an increasingly popular material choice for many types of design projects.

Dolomite is riding the wave of popularity that marble generates, as people seek less expensive but equally appealing alternatives to marble. However, marble has an established pedigree for a kitchen work surface, but what about dolomite? How does it perform as a kitchen countertop? This brief article aims to provide you with all the information you need to decide if dolomite is suitable as a countertop in your kitchen.

What Is Dolomite Stone?

Dolomite is formed on the surface of the earth, classifying it as a sedimentary stone. Their classifications are among the significant differences between dolomite and granite, the latter forming in magma chambers within the earth’s surface. Dolomite is an abundant stone, found in locations worldwide, the most well-known being the Italian Dolomite Alps. The areas where sedimentary rock exists are called sedimentary basins, which are shallow areas of warm water rich in calcium carbonate mud, shell debris, coral fragments, and fecal material.

Dolomite stone has a similar composition to limestone, and the two types of rock also have similar coloring, generally between white and grey. Another similarity between the two is their popularity in the construction industry.

“It is similar to marble , but it’s more dense than marble . It’s right between the granite and marble . It is going to last longer, it’s a lot stronger and it’s also not nearly as porous as the marble is .

Dolomite countertops for your kitchen

Dolomite also provides a hard, smooth, and glossy surface when prepared, and they are straightforward to maintain. These qualities make dolomite countertops ideal for working on or storing kitchen utensils, appliances, or bathroom toiletries.