8 Things You Didn’t Know About Quartz 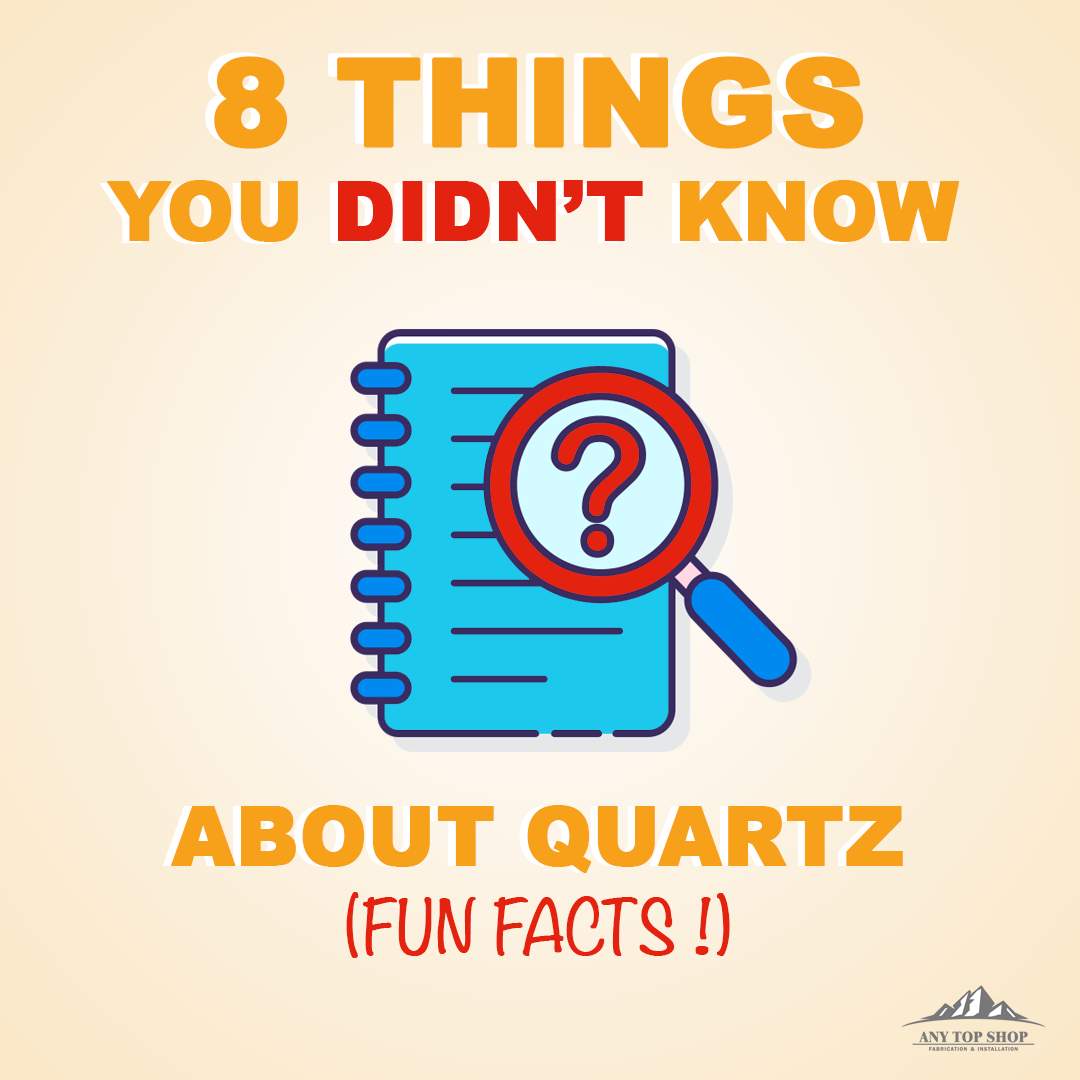 Quartz is one of the most abundant precious stones on earth, and most people are familiar with it. It has a lot of both decorative and practical uses.

Quartzite is a mineral that is also known as silicon dioxide. Its formula is SiO2: one part silicon and two parts oxygen. It grows in a predictable crystalline structure.

Quartzite has a glossy luster and is quite hard, with a rank of 7 on the Mohs hardness scale. It fractures like glass (which is also made of silicon) when it breaks, which means that it holds a curved fracture.

It is resistant to weather and can be found in beaches, rivers, and soils. It is valued highly in many societies and cultures because it is a semi-precious stone with piezoelectric properties.

Quartz minerals many colors and types. Pure crystal quartz is clear and colorless. The colored varieties have different impurities, which gives them different colors.

Smoky quartz has a gray or black color

Milky quartz is white in color

Purple quartz is known as amethyst

Pink is known as rose quartz

Here are 8 interesting facts about quartz:

Quartz crystals have been used throughout history as a gemstone in decorations and jewelry.

Quartz is used in electronics for transferring energy in electrical signs or the digitized electric signal in mechanical movements.

They have piezoelectric properties and they are used widely in electronics. Watches, clocks, timers, robotics, microphones, buzzers, and many other electronic devices and components make use of quartzite crystals.

Sand that contains quartz is used for making glass. It occurs in every color. Some of the common colors include green, red, pink, black, brown, yellow, purple, gray and white.

While there is no scientific data supporting this use, quartz crystals were used by varied cultures in medicine as energy stones or healing stones.

Granite is one type of igneous rock that includes around 20% of quartz. Granite is often used for granite countertops, tables, and ornamental fixtures.

It is so abundant that every rock includes at least a small percentage of it. A 90,000 lb quartz stone was mined in Brazil.

It contains pure silicon and is used for making computer components.

While it has many uses, one popular use for quartzite is for countertops. Visit the Any Top Shop for learning about the fabrication and installation of quartz today. The experts here can help you install granite right away without any hassle.